Ringed by the seven hills of Nainital lies the enchanting and sacred Naini lake. Named after the legend proclaiming that the left eye of Parvati, consort of the Lord Shiva fell here, this is where the Naina Devi Temple now stands. Nainital is also mentioned in the 'Manas Khand' as Tri-rishi Sarovar. According to this gatha, three sages, Atri, Pulastya and Pulaha, chanced upon this place while on pilgrimage and feeling thirsty, summoned the waters of the Mansarovar Lake.

Because of its hallowed nature, Nainital remained a jealously guarded secret for a long time. Mr. Barron is the man credited with the 'discovery' of Nainital in 1841 and the publishing of his story in the newspaper 'Agra Akhbar', resulted in drawing the attention of other British travellers, especially those who wanted to escape the torrid heat of Delhi and Lucknow. Barron built a house for himself called 'Pilgrim Lodge', and soon a bustling little town sprang up around the lake. Barron’s other important contribution in establishing the town’s character was the fact that he launched the very first boat on Naini’s waters, a pastime that remains a favourite of visitors to this day. 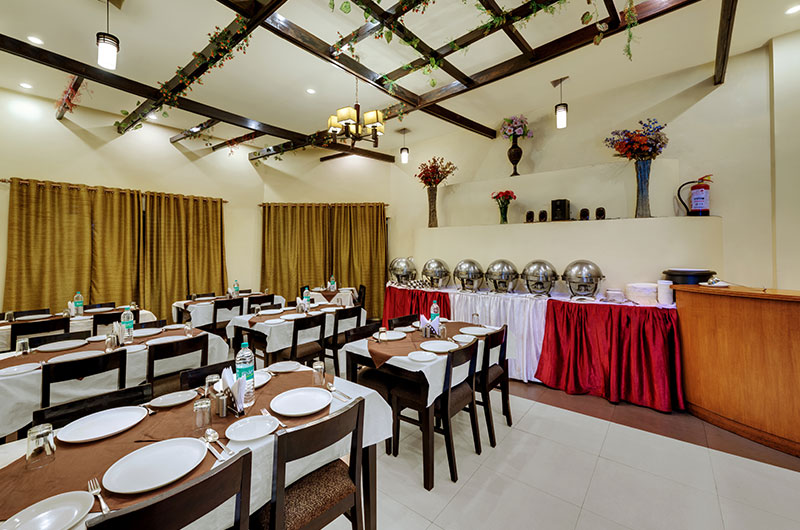 Today Nainital still retains its religious significance, but has also become a treasured holiday destination for people from around the world. Nainital is at an altitude of about 1938 mtrs. or 6360 ft. above sea level with temperatures ranging from 270 to 170 C in the summer and 150 to 30 C in the winter.

Nainital, Also known as the lake district, is visited by large number of tourists round the year because of its natural beauty. While at Nainital, Suman Paradise is an ideal place for the guest to stay away from the hustle and bustle of the daily life and find themselves in a tranquil environment. This boutique hotel in Nainital has been built to meet modern taste. With Eye Catching interiors, the rooms are equipped with LCD Television, Intercom Facility, Tea/ Coffer Maker. There are 18 rooms in luxury and premium category and 1 suite in Hotel Suman Paradise. The Hotel has a in house multi-cuisine restaurant and a conference hall to serve the need of both leisure and business travellers.